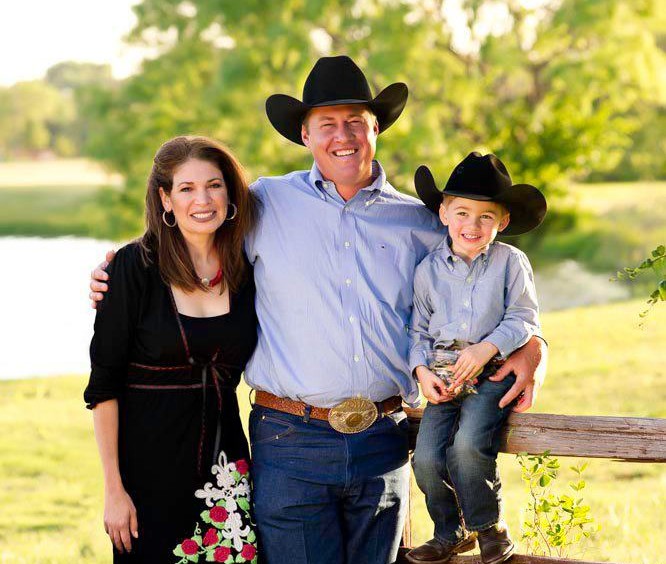 CR was born in Hilliard, Ohio to Clark and Sarah Bradley, who are both AQHA and NRHA judges and prosperous horse trainers.  Clark is an instructor of Equine Science at the University of Findlay, in Ohio.  CR’s Father and Grandfather have both been inducted into the NRHA Hall of Fame.

One of  CR’s earliest memories was his goal to qualify for the National Finals Rodeo, He accomplished this goal in 2004, the very

first year he hauled  to all of the major rodeos in hopes of a NFR berth.  Once he reached his longtime goal he decided to turn his attention to instructing others in horsemanship and roping, and training rope horses.

In order to reach the goals he set for himself,  CR started forming a solid foundation in the understanding and practice of horsemanship at young age while riding under his parents tutelage.  He also appreciates his uncle Dale Tubesing, a great calf roper and trainer, for the time he spent roping with him while he was growing up.

CR attended North Central Texas College in Gainesville, TX and spent several years working for and riding with many successful trainers.  He obtained a degree in Agricultural Education from Oklahoma State University in order to enhance his teaching skills to better instruct others about horses, horsemanship and roping.

CR met his wife Rosie at a rodeo in 1998.  Rosie has her bachelors and masters degree from Oklahoma State University, as well.  She is a TX State Certified teacher, having taught middle school math for several years. Rosie qualified for the College National Finals Rodeo on her favorite barrel horse of all time, Leoskeet Cody by Top Sail Cody and out of an Okie/Leo mare and they did it with only 4 rodeos!  In 2009, CR and Rosie welcomed their son Cooper Bradley to the world.

CR’s main rope horse is Twister Enola Gay (Roanie) a 1992 mare. She is the first offspring of Berries Enola Gay, the horse on which CR won 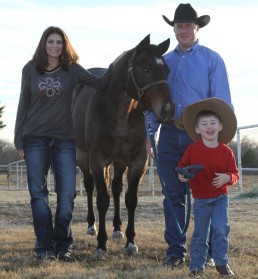 It is important for CR to set a positive example for anyone he comes in contact with, personally and professionally. He is 100% dedicated  to his profession and demonstrates his commitment with a strong work ethic, moral values, and a winning attitude.  CR gives to God all of the glory for who he is, what he has achieved, and the talents he has been blessed with. CR and Rosie Bradley own a  horse training facility located near Collinsville, Texas.